In all of Major League Baseball, I don’t think many predicted the National League Central would have panned out the way it did.  How did the most improved team fare?  Fourth.  How about the team with the best position players?  Third.  The team with the strongest bullpen?  Second.  Instead, it took the most average team in baseball to take down the division, the St. Louis Cardinals.  The Cubs and Brewers managed to lose 18 games from 2018 to 2019, while it only took the Cards a 3 game improvement to leapfrog them both.  The division is full of teams facing crossroads in their roster building process, so let’s take a look at each one, and how this offseason could shake things up even further.

So I should probably explain the chart a little bit here:

What can you say about the Cardinals?  They won the division with just 91 wins, the least across baseball, thanks to late season slides by the Brewers and Cubs, and ultimately advances to the LCS only to get swept out of contention by the surging Nationals.  Looking up and down their lineup,  they’re going to have to decide how to handle their aging players on big contracts (like Matt Carpenter and Dexter Fowler), and mix them with their promising young players (like Harrison Bader and Paul Dejong).  Their pitching is fine, so long as Jack Flaherty continues to anchor the rotation, and newly minted closer Carlos Martinez can hold down the role until Jordan Hicks returns.  Castellanos could make sense as a replacement for Marcell Ozuna, and give Paul Goldschmidt some protection in the middle of an otherwise mediocre lineup.  I’m quite literally grasping at straws though, as they could go several different directions this year, and he makes about as much sense as any.

Milwaukee Brewers:  Nothing Slow, Nothing Steady 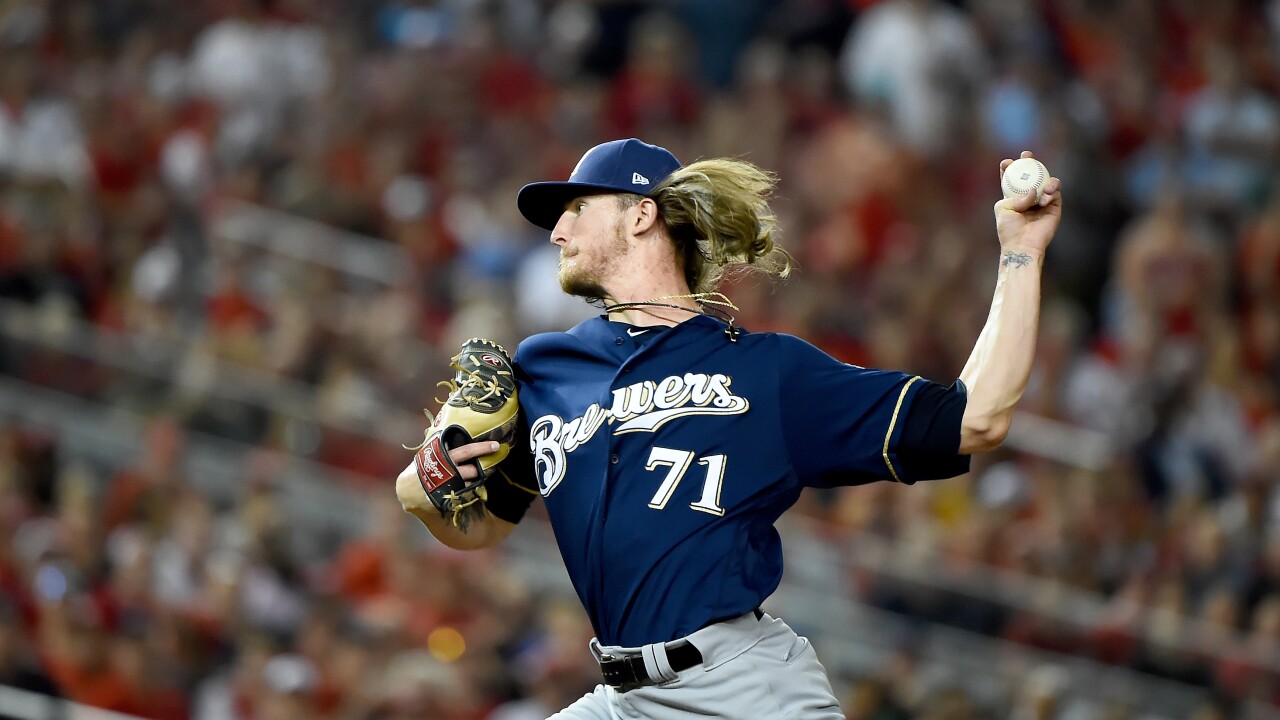 It used to be that if you were going to beat the Brewers, you better get it done by the 5th.  Otherwise, you’d have to deal with the buzzsaw that was their bullpen.  2019 saw a few cracks in that once unshakable unit, but they still turned in a more than solid performance, helping keep the Brewers relevant in the postseason picture, thanks to a late season push.  The Brew Crew were dead last in the National League for innings logged by starting pitchers, and they’ll need to change that if they plan on competing in 2020.  This isn’t a franchise who’s known for spending lots of money, so they’ll be looking for a low-cost innings eater, and Julio Teheran fits the bill perfectly.  He’s not the sexiest free agent by a long shot, but he’s a young, durable starter, exactly what the club needs.  His relatively low cost could also free up the Crew to augment other spots on the roster, so look for the Brewers to stick to their typical modus operandi and make unremarkable but sensible offseason moves.  Yawn.

Chicago Cubs:  What Next?

While pitching will probably be the focus of the Cubs offseason plans for incoming players, most of the baseball world will be speculating on what could be outgoing from their roster.  The cash strapped team is facing difficult decisions in regards to some of its core players, including Kris Bryant (who’s currently embroiled in a grievance against the team), Anthony Rizzo, Javy Baez, and Wilson Contreras.  It’s already been floated that Contreras could be shopped around as a trade option to make payroll space at the major league level, and to replenish an otherwise pitiful farm system.  It would seem that Chicago mortgaged quite a bit in the years since their World Series run to stay relevant, but the bills are coming due.  Reliever Will Harris makes sense from an immediate baseball perspective, but as stated earlier, the biggest impact for this team is going to come from within, rather than from outside.

Cincinnati Reds:  Let’s Try this Again, Shall We?

The Reds may have had one of the strangest seasons in 2019, producing a borderline neutral run differential (which was positive for a bulk of the season), yet finishing 12 games below the break even mark.  Once an achillies heel for the team, their starting pitching stepped up in a big way thanks to strong performances from Sonny Gray and Luis Castillo.  One can imagine they’ll be in the market to add to that as well (they would make sense as a team that could make a play for Dallas Keuchel, though the price tag will probably be too high), but their main priority has to be a middle infielder.  Jose Peraza and Freddy Galvis cannot be their full time options up the middle if the team plans on competing in 2020, and Peraza’s value is tied to his speed, which seems to be on the decline in recent years.  Look for Sir Didi to make a home at the Great American Smallpark and hopefully return to his 2018 self and help the Reds otherwise anemic offense.

Yeah, it’s pretty much all bad for the Buck-o’s.  Their offseason has gotten off to a messy start with the surprise (to him) firing of Clint Hurdle, and a few other shake ups in the front office.  The team is clearly at odds with the idea of a full rebuild, yet there isn’t much to look at anywhere on their roster.  Signing a starter with a lot to prove to a one year deal could be a prudent move for the team, who could hope to flip him to a contender and reap some profit in the form of prospects to help build towards the future.  Placing Alex Wood in a rotation on either side of Joe Musgrove and Chris Archer would make a lot of sense for a team without much else to show for itself, and seemingly not much direction on what the direction of the team should be in the near future.