Defensive Runs Saved: Where the Leather Meets the Road – Romantic About Baseball

This is the third in an ongoing series about understanding advanced statistics in baseball.  Each volume will take an advanced stat, explain it, and contextualize it in the hope that the basic fan can better understand the numbers that drive the game today.

There are fewer things more exciting than a great defensive play in baseball.  It could be a bullet throw from the hot corner, an acrobatic turn of a double play at the keystone, or a leaping catch at the wall by an agile center fielder.  They seem to defy the very laws of physics, and yet also look so effortless.  For years and years, there wasn’t really a way to quantify how good a player was in the field other than the “error” and “fielding percentage”.  It was deemed too murky or too difficult to measure a players prowess with their glove, until 2003, when Baseball Info Solutions figured a formula for Defensive Runs Saved.

Defensive Runs Saved uses a Plus/Minus scale of valuing players in this particular stat, with the amount of runs that the player either saved his team (due to good defensive play) as positives, and the runs that he  cost his team (due to poor defensive play) as negatives.  This metric can be measured over a career, or cited season-by-season to show a players progress.  The formula is complex, and is situational, meaning that each event has it’s own value, unlike OPS or ERA+, where a mathematical formula produces a single number.  Steve Slowinski of Fangraphs did a great job summarizing it here*:

rSB – Stolen Base Runs Saved (Catchers/Pitchers) measures two things: the pitcher’s contributions to controlling the running game, and gives the catcher credit for throwing out runners and preventing them from attempting steals in the first place.
rBU – Bunt Runs Saved (1B/3B) evaluates a fielder’s handling of bunted balls in play.
rGDP – Double Play Runs Saved (2B/SS) credits infielders for turning double plays as opposed to getting one out on the play.
rARM – Outfield Arms Runs Saved evaluates an outfielder’s throwing arm based on how often runner advance on base hits and are thrown out trying to take extra bases.
rHR – HR Saving Catch Runs Saved credits the outfielder 1.6 runs per robbed home run.
rPM – Plus Minus Runs Saved evaluates the fielder’s range and ability to convert a batted ball to an out.
DRS – Total Defensive Runs Saved indicates how many runs a player saved or hurt his team in the field compared to the average player at his position.

*This is actually a summary of the formula laid out by The Fielding Bible, but this format is a lot easier to read and understand.

What Does it Tell Us?

Defensive Runs Saved is sort of a “catch all” to describe a players defensive performance.  It allows an evaluator to look at a player and decide whether or not they are a strong defender, or maybe a liability in the field.  This could help determine position, for example, if you have a third baseman like Miguel Andujar who is rated at a -25 DRS, you may want to consider either moving him to first base, or designated hitter.  This also puts Andujar in a position where he HAS to stay productive at the plate, because he simply can’t cut it in the field, thus making him a bit one dimensional.  On the other hand, Kevin Kiermaier is about a career-average hitter, but has cemented himself in the daily lineup for the Rays thanks to him saving his team 127 runs over his career.    Catchers have another aspect to this, where it factors in their ability to throw out baserunners attempting to steal.  For example, Yadi Molina is considered to be the gold standard at saving runs from the Cather position, accumulating 163 of them over his long career.  On the other hand, the much-hyped Willson Contreras (who passes all the “eye tests” for a strong defensive catcher) has actually cost his team 4 runs!

In short, Defensive Runs Saved is a way to look past the visuals, and objectively say whether or not a player is contributing to his team on defense.

So Who’s The Greatest Ever?

Well, that isn’t such an easy answer.  This stat was only developed in 2003, so many of the legendary gloves of times before (Andruw Jones, Ozzie Smith, Brooks Robinson, etc..) don’t have any reads on this metric.  Among active players, Andrelton Simmons has accrued an impressive 187 runs saved in just 8 seasons, but he’s still looking up at…

Beltre seems ticketed for Cooperstown as one of the best to ever man the hot corner (as I’ve stated before), not just for his bat, but also because of his subtle, yet amazing defensive prowess.  While Beltre wasn’t known for having an outstanding arm, or amazing range, he was marked for his near mechanical consistency, and his ability to make plays that many would need highlight reel style efforts, seem routine.  While players like Andrelton Simmons seem sure to eclipse his mark eventually, for now, he reigns supreme with the glove according to this metric.

BONUS:  Here’s Episode 26 of the RAB Podcast, where we got to talk to Mark Simon of SIS to talk about dRS and the Fielding Bible:

BONUS BONUS: Seven and a half months later, we had Mark back on the program to talk about the 2020 Fielding Bible Awards and more:

Romantic About Baseball · Episode 48: The Year in Defense with Mark Simon 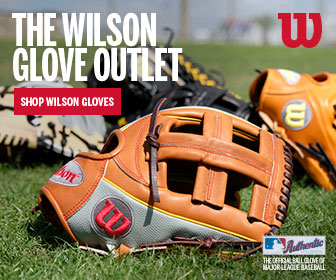 Loading...
Reply
Does defense win championships at the Major League level: When the (sabermetric) data is mightier than the sword. says:
May 16, 2022 at 7:51 pm

[…] example of DRS. In that case, I encourage you to visit Romantic About Baseball to read their June 2019 installment about the […]